The continent of Africa is the second largest continent in the world, both by land area and population. Parts of Africa can be found in each of the four hemispheres (Northern, Eastern, Southern and Western).

Africa is divided into a whopping 54 countries! The culture, climate and biodiversity vary among them, because the distance between many of them is so great.

The northern part of the continent is covered by the hot, sandy Sahara Desert, which is known for camels, caravans, and oases in the desert. The lower part is more varied, and has wide open savannas, mountains and rainforest, and the harsh Kalahari Desert.

Animals that live in Africa include hyenas, fennec foxes, aardvarks and leopards. Each animal has special adaptations that allows them to survive in the areas where they live. Explore below to learn even more about some of the animals that can be found here. 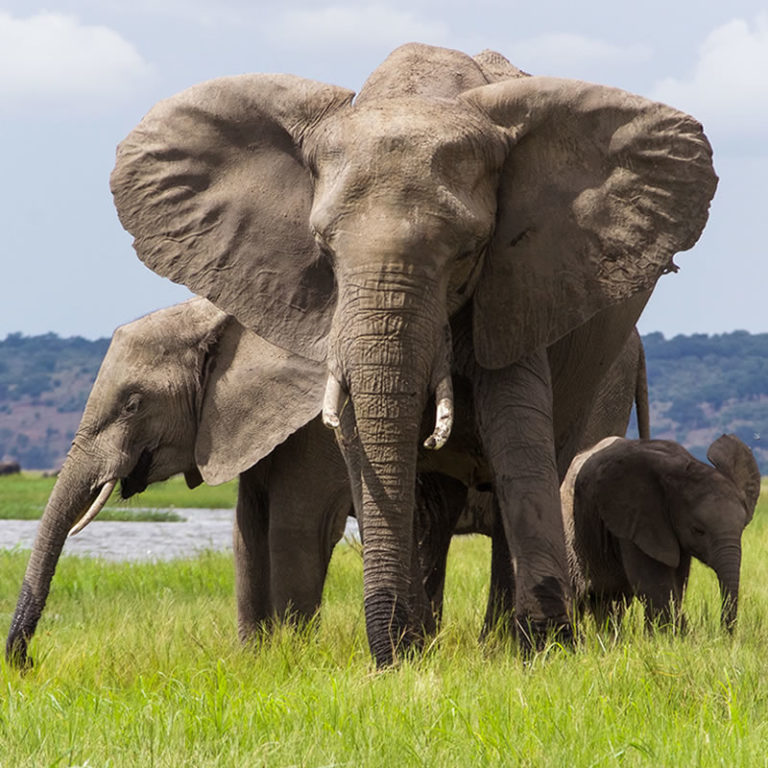 African Elephant - African Elephants are the largest land animals on Earth. They have no natural predators, but are threatened by illegal poaching. They use their long trunks to grasp objects and squirt water into their mouths. 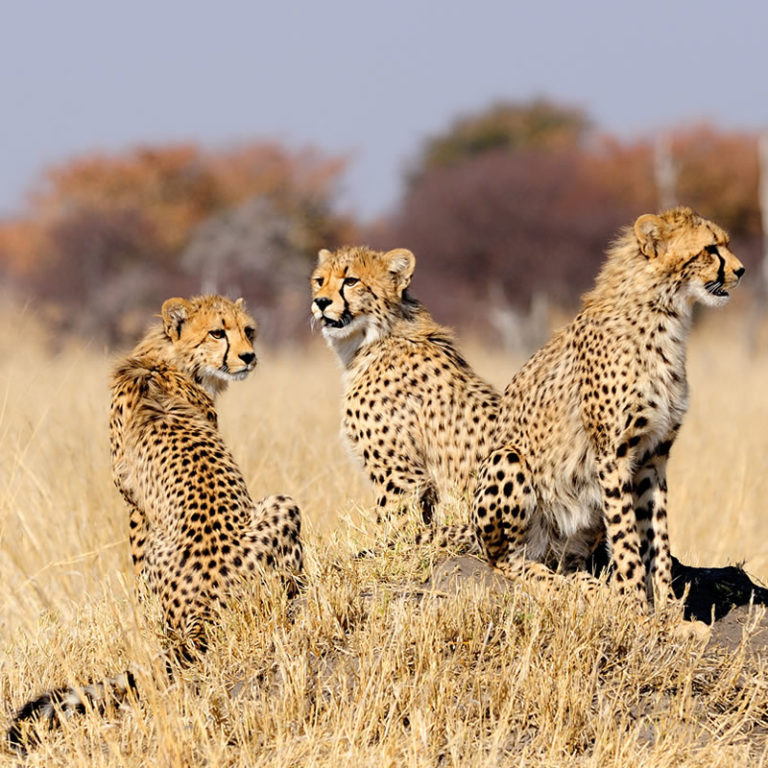 Cheetah - Cheetahs are the fastest land animals on Earth, and can run at speeds over 70 miles per hour. Their spots help camoflauge them in the tall grasses of the African savanna, where they can sneak up on prey and ambush them. 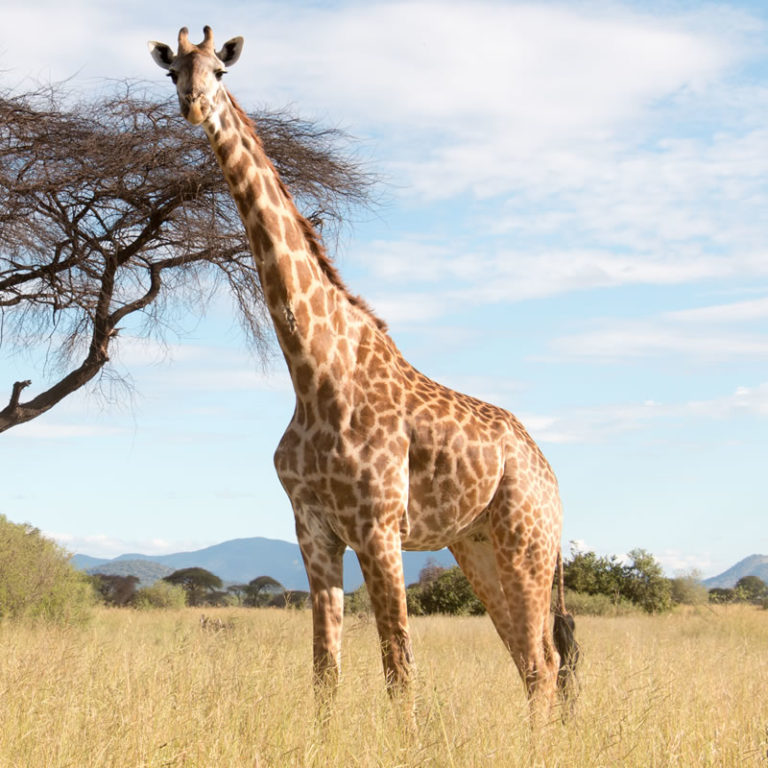 Giraffe - Giraffes are known for their extremely long necks. Their necks help them eat vegetation high in trees on the African savanna, where other animals can't reach. Adult giraffes have few natural predators, but their offspring are hunted by lions and other predators. 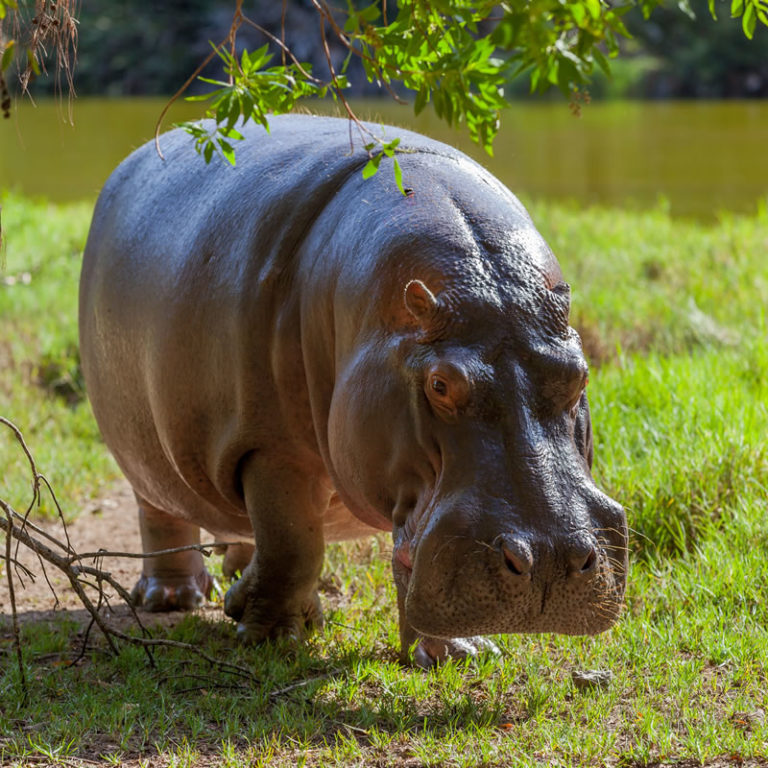 Hippopotamus - Hippopotamuses, or hippos for short, are large mammals that live in the rivers and marshes of Eastern Sub-Saharan Africa. They can be very aggressive, and are surprisingly the most dangerous animals to humans in Africa. They are very large, and should never be approached.

Lion - Lions are often referred to as "kings of the jungle". Adult males are famous for their reddish-brown manes, and the females for their hunting prowess. Lions are opportunistic predators, and will hunt, steal or eat dead animals for food.

Meerkat - Meerkats have become famous over the last few years, with t.v. shows dedicated to their daily lives and habits. They live in the harsh deserts of South Africa, where they feed on insects, eggs, lizards and other small creatures. They are also well known for their tunnel networks. 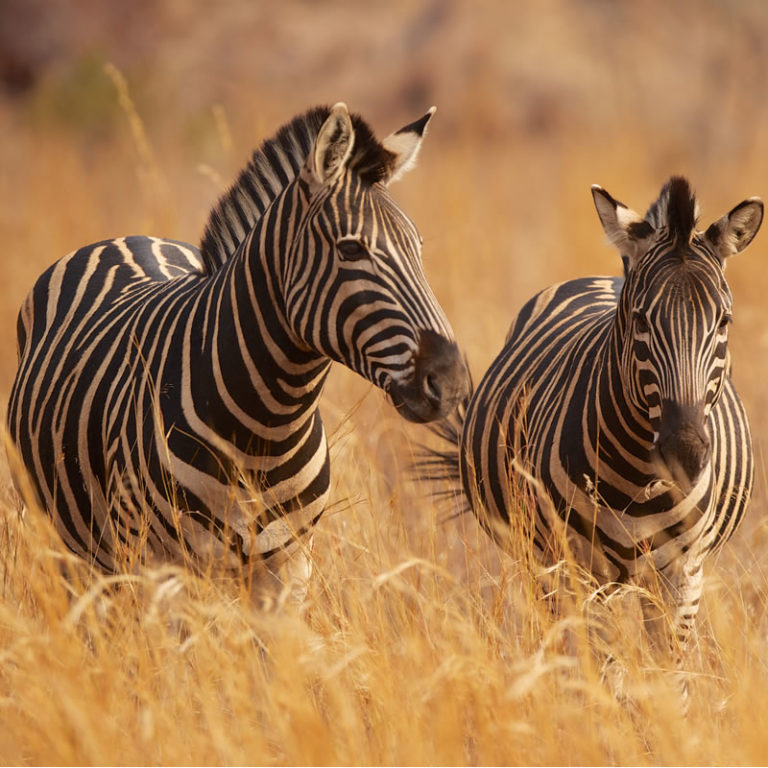 Plains Zebra - Plains Zebras have beautiful black and white stripes, which help to confuse predators, and may also help regulate their temperature. They are hunted by lions and crocodiles on the African plains where they roam.